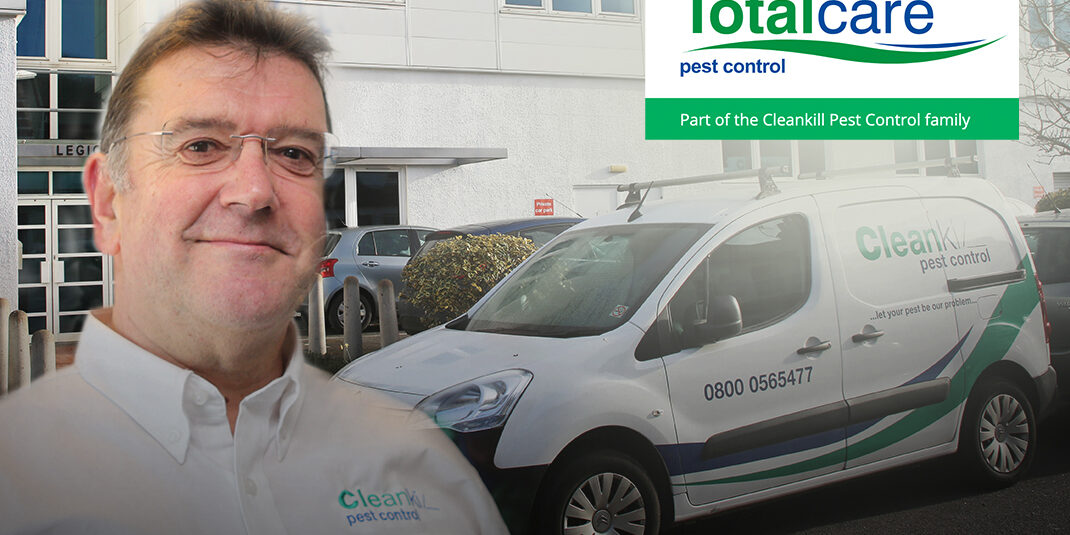 Croydon-based Cleankill Pest Control has today announced its acquisition of Hampshire-based Totalcare Pest Control.
Based in the Hampshire town of Alton, Totalcare has been offering a fully comprehensive public health pest control service to businesses and residents in East Hampshire and West Surrey for over 25 years. Cleankill’s acquisition of the company follows the decision by its owner Justin Messenger to retire.
Paul Bates, Managing Director of Cleankill, said: “This is the final piece in the jigsaw for us. With Totalcare Pest Control now part of the Cleankill family, we have completed our expansion along the M4 corridor. We are proud to be able to say we can now bring our award-winning services to commercial and residential customers across the whole of southern England from Kent to Devon!”
Two years ago, Cleankill acquired Hove-based Bird Control Sussex, Pest Control Bucks, and Bristol-based Good Riddance Pest Control. It was recently announced that Good Riddance was to begin rebranding as Cleankill Pest Control as it starts an expansion of its services in the Bristol, Bath and South-west region.
Founded in 1995 by a team of pest control professionals who saw a gap in the market for a company with a focus on customer service, Cleankill was named ‘Company of the Year’ at the last British Pest Management Awards. In addition, the company has received multiple business awards for customer service, staff development, and its commitment to the community and the environment.
Cleankill Pest Control deals with ‘distress’ pests such as wasps, fleas and bedbugs as well as preventative maintenance against public health pests such as mice, rats, cockroaches and pest birds such as pigeons and seagulls. The company prides itself on a fast and efficient service and aims to be recognised as a market leader for innovation, ‘green’ and new pest control techniques.
Cleankill is the only pest control company in England to achieve a Gold Investors in People accreditation.

Register now for the first ICUP webinar on 9 March 2021
24 February 2021
Go to Top
We use cookies on our website to give you the most relevant experience by remembering your preferences and repeat visits. By clicking “Accept”, you consent to the use of ALL the cookies.
Cookie settingsACCEPT
Manage consent